A 1977 graduate of Lansdale Catholic High School, Lansdale, PA, Bishop Senior is a classically trained pianist and the youngest of three children. He was ordained a priest of the Archdiocese of Philadelphia in 1985. He earned a Masters of Divinity and Master of Arts in Theology from Saint Charles Borromeo Seminary, Wynnewood, PA in 1988, served as an assistant pastor at a parish in Bucks County and taught religion in an Archdiocesan high school before pursuing full-time graduate studies at Boston College.

After earning his Masters in Social Work and Masters in Business Administration from Boston College in 1992, Bishop Senior served as Deputy Secretary for Catholic Human Services from 1992 until 1997 when he was appointed Secretary. In 1998, he was named Chaplain to His Holiness, Pope John Paul, II, with the title “Reverend Monsignor.” In 2004, he was named Vicar for Clergy by Cardinal Justin Rigali, and in 2005, was named a Prelate of Honor by the late Pope John Paul II. In 2009, Bishop Senior was appointed Titular Bishop of Floriana and Auxiliary Bishop of Philadelphia. He was ordained a Bishop on July 31, 2009 by Cardinal Justin Rigali.

Vicar General, Moderator of the Curia, Archdiocese of Philadelphia (2009-2012) 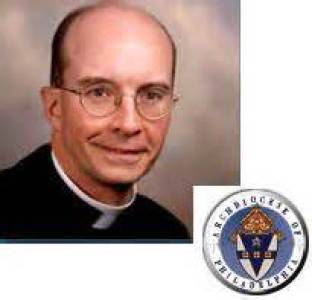